Home > Reasons for Mergers and Acquisitions — Advantages and Examples

Reasons for Mergers and Acquisitions — Advantages and Examples

As of July 2021, the number of M&A deals worldwide has increased by 158% compared to the same period in 2020. As a result, interest in M&A processes and procedures is growing.

The goals and motives for mergers and acquisitions are sometimes interchangeable, but is it a distorted mirror?

What is a merger?

A merger is when two companies join forces to form one new organization. The parties come to a mutual decision on the deal, sometimes sacrificing managerial control for the betterment of the new union. Typically, this new business entity operates under the leadership of both companies.

Some examples of successful mergers include:

At the time of the merger, Disney had been the market leader for decades while Pixar Animation Studios was just getting started—making a splash with CGI. Later, Disney became a consolidated brand, and Pixar’s performance grew stronger.

eBay online auction site owners saw many reasons for mergers in facilitating payments on their platform. Both companies grew significantly at the time. The stock has gone up. Two years later, PayPal became a separate company by investors’ decision.

It is indeed an example of a prosperous deal. The Sirius XM broadcaster share price hit an all-time high in 2019. The company continues to grow as the number of subscribers reached almost 35 million in the first quarter of 2021.

Mergers of firms in an industry tend to expand their market share and improve their financial situation.

What is an acquisition?

An acquisition is a corporate development strategy where one organization buys all, or a controlling share, of another organization’s stock with hopes of strengthening their market position and gaining a sustainable competitive industry advantage.

This procedure does not create a new business. An acquired organization and its assets become the property of an acquiring company. That also includes management decisions — the buyer retains full authority.

Some examples of the largest acquisitions in history:

Although the Germans were mostly against the purchase of Mannesmann by the British Vodafone, the deal did take place. The price was over $180 billion. The mobile phone industry was gaining momentum during those years. As a result, Vodafone became the largest telecom provider in the market.

This deal cost the American online portal $13.7 billion. By expanding its reach to brick-and-mortar sales outlets, Amazon can sell more products. By the end of 2017, the scale had tipped, breaking records — sales amounting to more than $13 billion.

After a $90 billion takeover, Pfizer has grown into the world’s second-largest pharmaceutical corporation. The buyer’s goal was to obtain full rights to the drug, which the companies had jointly promoted earlier. Consequently, Pfizer managed the drug’s profits single-handedly.

Why do companies merge?

Darwin’s theory is that only the fittest survive — this truth is at the heart of business, too. At a particular stage, deals are a breath of fresh air for companies. Reasons for mergers stem from a desire to move forward and outpace competitors.

Why do acquisitions happen?

Reasons for acquisitions are also different, but this procedure has proven superiority over alliances, for example. Those who acquire report accelerated growth and high competitiveness.

Should I choose a virtual data room for mergers and acquisitions?

The Great Merger Movement raised the issue of storage at the turn of the 20th century. Since the technology of that era was mediocre, physical data room was the only option available. Much later came floppies, CDs, cloud storage, and only then, virtual data rooms. Since then, businesses can:

Regardless of what mergers and acquisitions might result in, parties need high data confidentiality. Encryption, role-based access, and activity logs speed up and automate the process.

This reduces costs not only on the rental of filing cabinets but also travel expenses. For directors, they have everything they need to settle matters from their office. The online platform providers offer services priced to suit any budget.

Partner honesty and information transparency are important to both parties. Software is a reliable way to answer investor questions and secure confidential data.

Whatever the motives for mergers and acquisitions, those who prefer modern tools are more likely to succeed. And virtual data rooms step in as the most advanced option for smooth and secure M&A deals. 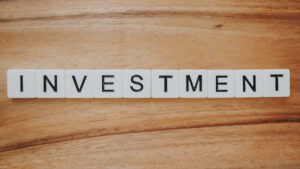 The Role of Investment Banks in M&A Deals 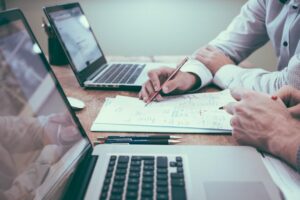